Last weekend it was the start of a new era in the Splinterlands world. The new Untamed cards got released. Don’t think anyone on Steem missed this particular event? Played the game many times last year. Helped me through the moments I couldn’t sleep there was always someone around to battle with or play a tournament. 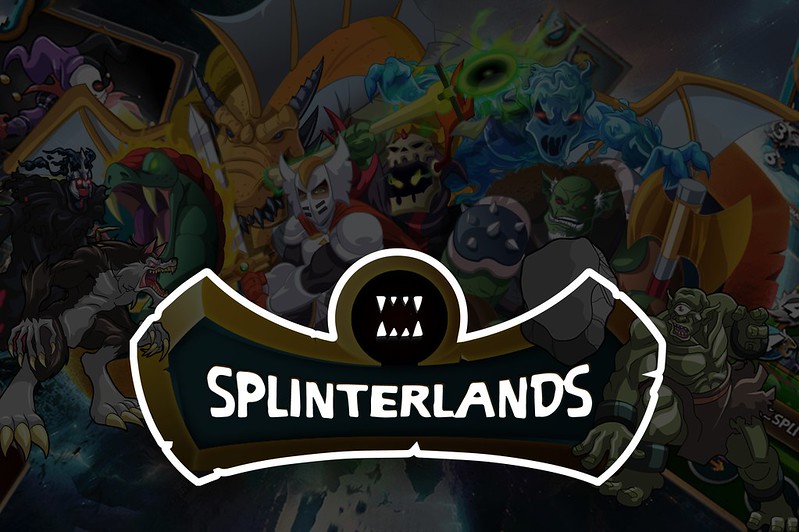 Because of the many battles I played last year I become stuck in the rules from the pre-Untamed sets. Now with all the new cards a whole new world just started. Still can’t get my head around all the new tactics available. I think everyone recognizes this there are lots of “frustrations” at the moment when you lose a battle unexpected. ?

With the new era of the Untamed I also started opening new packages and I didn’t have much luck. Think that luck ended while I’ve won last Friday a Facebook competition…?
I didn’t have great goldfoils or legendary cards, but I can’t complain either. All the fun is in turning around the cards of course! The other fun part is in all the new possibilities and I have a few favorites, although I still need to learn playing these abilities in my advantage.

Like I mentioned above, my favorite team to play with is Death. When I started playing Splinterlands I really hated to play with this team. But thanks to @slobberchops and his strategies I started to appreciate this team more and more. So it can’t be a surprise that my favorite cards are from the Death Splinter. At the Life Splinter there is also a card that looks quite strong with this ability, it’s called Thunderbird.

There are also some new gameplay rules added to the game. They added a few new Daily Quest rules for you to complete. I only got two uptil now. First one I skipped because there where no tournaments I could play for that day and the other one was to win your battles without using any neutral monsters. I also believe there is a Dragon quest now? Haven’t seen it yet but for winning that one I need to start working on my Dragon team. I always ignored that part of the game actually because it wasn’t a Splinter playable for your Daily Quests. But it seems to me that this has changed!

Another new “rule” I already had a few times during my battles is almost all the splinters disabled except for one or two. Pretty though if it ain’t your best team to play with. On the other hand you will also have a better idea of the team your opponent will use against you. So this new rule has two sides for me. Oh and is it me or are the Daily Quest teams always available for a battle you play? Other seasons I had many times the idea I was missing the team I needed to play for my Daily but didn’t have that idea this first week yet.

I’m still not sure what I think about the design of the new cards. I really do like the drawings, but the cards are way to bright or something for my kind of taste. First thing I’ll always look at is the border with his bright colors and not the image from the card itself. Not sure if that is on purpose? Also when you need to choose your team I hate it when the borders aren’t all the same. It’s getting a little busy on the screen this way. I’ll play most of the times on my phone and I hope I just need to get used to this new style. Another problem with all the new cards… you’ll have a lot of them at your screen when you need to choose your team. I know you can select specific properties to narrow down the pile of cards a bit but there are still a lot to scroll through on a small screen.

What will bring this Untamed edition for me in the future? I don’t know yet. For now the game has brought me many new rules and strategies to try out so that does looks promising. Also very curious to find out what kind of strategies other players will bring to the battlefields. I don’t think I will get to the Diamond III levels in this new season because I actually fail a lot with the new cards and game rules. but that’s ok, I learned playing the game the hard way, lost many battles and started to win a few before I reached to some higher levels.

What do you think about the new cards and rules in the Splinterland game? Already got some strategies you would like to share?

We’re a group of players who love the game and are waiting for the upcoming feature the guild wars. Surfingnomad is a guild where you decide how much you play and donate. Why donate? To grow our guild we need to raise a certain amount of DEC and Daily Quests to reach higher levels. When we reach the higher levels you will earn extra DEC rewards in ranked play but also get discounts in the shop. These discounts and extra DEC rewards depends on the level of the guild. Would you like to join us on the battlefields?