Today we decided to get along and explore more from Slovenia. So we packed the car again to hit the road and search for new adventures.

We wanted to go to the neighbor lake from Bled. This is called Bohinj. There should be another waterfall to explore. This waterfall is the most visitid and popular waterfall from Slovenia. Sounds promising isn’t it? For sure after visiting Peričnik yesterday! 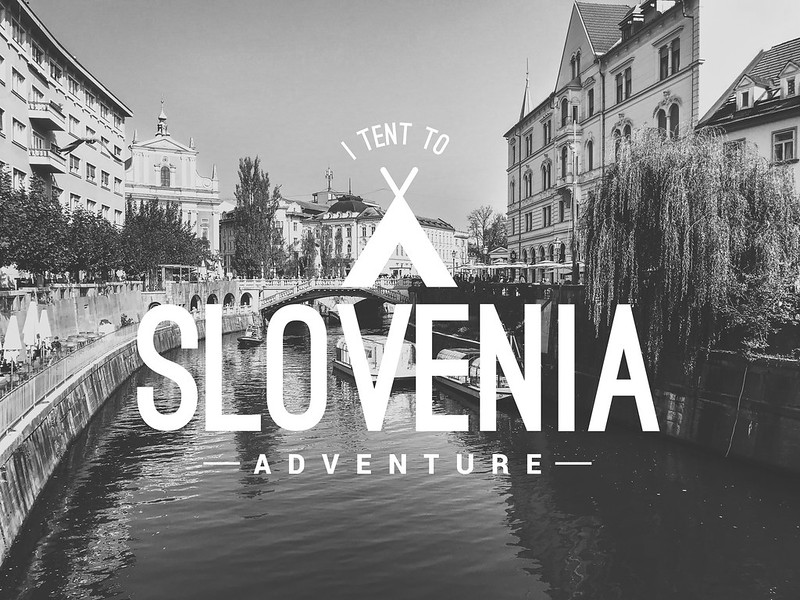 We parked our car at the carpark for Savica. At this time we should have already known… we walked to the start of the trail. There we needed to pay for the entrance. The trail to the fall is easy, but also very crowdy. The end of the trail ends with a gate so you can’t get close to the fall. Another disappointment no room at the gate for a lot of people. Guess what… everyone wants to stand at the gate. Small path is filled with people waiting for the same shot before they need to get back to their bus.

Well I took the same shot through the gate but wasn’t happy at all with it. Nope don’t know why Savica is the most popular waterfall in Slovenia… to crowdy and no real options to look at the fall from different viewing points. I hear you thinking and we thought the same, Peričnik was way better!

The good part is here while waiting in the line you get to talk with people. So my girlfriend had started a conversation with an older Ozzy/kiwi couple traveling the world since they stopped working. So the moment I returned I got the question if it’s worth it? Not at all I said and we all walked back. During our walk we had a great conversation with the couple and at the car-park we weren’t finished talking at all. So we decided to enjoy the sun and grab a coffee at the terrace. Had a great time (damn I love the Ozzy humor!??) and shared some tips for Slovenia with them before each of us went his own way. While walking back to the car they couldn’t believe what we did bring along with us during our trip when they noticed the surf gear on the roof?

We got back in our car and set route to our new destination the coastline of Slovenia to the city of Piran. We got there around 18.00 and we found three campsites but all of them where closed… so we followed the bay and crossed the border of Croatia but even here no open campsites after 29th of September.

Time for a rigorous decision! Our original plan was to visit the capital of Slovenia at the way back. Only we needed a camping spot for the night. The one in Ljubljana was open for sure. We did know this campsite stayed open for the whole year. The guy behind the desk from the campsite in Bled told us. So new destination Ljubljana! ?

We did arrive around 20.30 and could pitch our tent. After this we had a quick meal prepared and went to bed. We were wasted for today?

Just like the lady at the reception told us last night there was a thick fog till the end of the morning in Ljubljana. So easy morning for us. I went to the bakery nearby the campsite to buy some bread. We prepared our breakfast and ended with a great coffee. After this we prepared the bikes for a city tour. While preparing we discovered that the freewheel from one of the MTB’s didn’t work anymore. We tried heat, blow away dust from the bearings but nothing helped…

No worries just a small change of our bike plan. We go walking today and we decided to take the bus to the city center. We just missed the bus so we waited for the next one to arrive.

There it was, while we entered the bus and asked for two tickets to the city center the bus driver didn’t accept cash or a card. Instead he offered us a free ride??

After the short ride (6km), we stopped at the center. We started wandering through the small streets and along the canals. First some sightseeing before we enter the top of the hill from the castle later that day. With all the fog there wouldn’t be any view for sure?

Ljubljana is considered to be a yet undiscovered gem, and my girlfriend knew the fact that it was titled as the greenest capital of Europe a few years ago.

While wandering we found a little vinyl shop where I forgot the time a little bit (sorry for that?). As you could see my girlfriend created a nice picture of me with a great catch. Some new vinyl’s with memories from my teenage years. I will present them later in a blog or vlog for you.

We continued our walk trough the center and there we found the local market. Here we bought some fruits for our lunch at the top of the castle hill. The market is nice to talk with some locals hear some stories and buy great fruits?

The city has many bridges to help the people cross the canals easily. The most famous ones are the so called three bridges. Funny to see but you’ll understand the reason why when you hear the story behind it. The first and original bridge became too small for the pedestrian traffic that crosses it every day. So they decided to build two other bridges around it they all start from one point but lead to another way. Very original thinking while solving that problem. They build the side bridges around 1930.

The dragon is the symbol of Ljubljana. You can see it anywhere in the gift shops, manhole covers and of course at the Dragon Bridge! You haven’t visited Ljubljana if you did not take a picture from one of the dragons.

The bridge itself was Ljubljana first reinforced concrete building, the new bridge replaced an old wooden bridge. The design for the bridge was originally without dragons but with winged lions. Jurij Zanovovic gave the bridge his dragons because of his art-nouveau style. The bridge was constructed around 1900.

After wandering around for a while we got hungry and the fog disappeared so we started our climb to the top of the hill. You can do this on foot, by funicular, by bike or by car. The last one they don’t seem to promote that much.
We decided to go for a steep walk at the pathway around the hill to the top. Because the sun wasn’t out for that long, it wasn’t too hot for this climb up. So we reached the top quit easily. Once you reach the top the view is great. You can walk around the hill and look away in all directions.
The castle itself is already 900 years old and houses nowadays a restaurant and various museums. Many expositions to see here during the year about the history of Ljubljana. We decided to enjoy the sunshine and stay outside and explore the castle garden and enjoy the view from the hills while eating our lunch.

It’s funny, but I think in the nineteenth century there wasn’t a better word to describe the era of modern life. These three syllables (Ti-Vo-Li) did promise a lot about the modern life in those long forgotten days. Why did everyone in the nineteenth century gave this name to a theater, café, park. Because the word itself doesn’t mean anything it’s a small place in Italy. There did this story originate from. During the Roman period (era). The elite of the Roman society did use this little village as their country retreat. But the little village did gain international furore when a park in Paris got the name from the garden of Villa d’Este in Tivoli.

You must know Paris was in those days the measure of all things, every town that would love to express the modern way of life did something to imitate the capital of France. Every town would love to have such a nice city park to stroll around like the French did. It was just a matter of time of everywhere in Europe you had something called Tivoli. One of the most famous Tivoli parks nowadays you can find In Copenhagen I believe. The Danish people where very proud at their park. The park opened doors in 1843 and people could enjoy classical music, fireworks but also modern technical things like magic lanterns, and diorama for example.

But the amusement park did a lot more it showed the gap between the city and the countryside. Old fashioned and modern, but also a discussion about the co called “good taste”. Spectacle did win of art in the Tivoli parks.

This is where the Tivoli park from Ljubljana creates a bridge between these two different worlds. It is a park with amusement, but while strolling down the Jakopicevo sprehajalisce, you can see some work of artists they do exhibit at billboard.

The park itself is created by a French engineer in 1813 by joining two separated parks. Nowadays the park is covering an area of five square kilometers where it blends in the slopes of the Roznik hill.

Since it’s general layout was made in 1813 the layout of the park did change through the years. They did create a fish pond, swimmingpool, sports park, botanic garden, a zoo and not to forget some musea like the one for Modern History and the centre of Graphics Arts.

Strolling through Tivoli you begin to understand why the City had won a price to be the most green capital of Europe. The park is huge, and because of our walk through the town during the day we have seen a lot of green everywhere.

Let’s call it a day

We ended the day with an ice-cream from Romantika. This shop has some great taste combinations for their ice-cream. The ones I choose where yoghurt/date and melon taste. The following images are not taken by me. I took them from the Facebook page from Romantika. The ice did look that delicious I couldn’t wait to taste it, and forgot to take a picture…?

After this we walked our way back to the campsite, and prepared ourselves a well-deserved meal!

New day, new plans, new travels! We’re on our way to Croatia. ETA would be somewhere around 15.00 in the afternoon. We left Ljubljana covered by fog, freezing cold. But the fog disappeared later that morning so we could continue our ride in the sun. We didn’t plan any stops for today, we wanted to reach our destination as fast as possible, because it was a little detour. Our destination for today where the Plitvice Lakes. And those where a detour because we wanted to visit the peninsula Istria for multiple days.