*Summer in Europe is full on and most people spent their time abroad on a nice and well deserved holiday. We just got back from central asia because my wife thought she had seen something nice of one of her friends. “What about Kyrgyzstan?” She said about three months ago. I have to be honest with you, I had to Google that first. Google called “Switserland of Central Asia” because of it’s endless amount of mountains and beautifull nature. *

We booked our tickets and did some research and took of to a new adventure. When you fly over Kyrgyzstan to the capital city Bishkek, you’ll notice that Google is right. A lot of mountains, one higher then the other and in all different colors and shapes. Our first and second night we spent in a brand new hostel called Freelander work and travel hostel. It is three months old and staff is super friendly. If these people are the standard then we’ll have a good time, we thought.

Bishkek is an “OK” city if you like cities. My wife and I not so much so we escaped the heath and took a taxi to Ala Aschar in the mountains. This is where half of Bishkek spent their time with family to relaxe and barbeque. They bring shitloads of food up the mountain and settle themselves to get drunk and have a good time. We decided we were up for a hike to a waterfall. I believe the hike was 6 km with an elevation of 600 meters. Not that thrilling, but I got sick and had no energy left to climb any further. This is where I learned to take a dump in nature without a toilet. Such a shame because we don’t like to give up. I took my camera with my tele lens and tried to capture the waterfall from a distance.

Spending our first day in Bishkek made us realize we wanted to rent a car. There are several car rental places, but quite expensive. Then we spoke to a couple from France who showed us the website Indy Guide. It has everything you need in Central Asia such like products and servises. The website works both ways just like an online marketplace. People offer things and I can ask for a rental car if I like to. That same night I gave it a try and asked Indy Guide the question if someone had a car we can use for 15 days. Instantly I got two replies of small companies that had 4×4 cars. Over night I received 9 more messages. I picked the one that looked the most safe and sent him a message. We got in a conversation about what I wanted and about his terms of using the car.
Next thing you know, a Mitsubishi Pajero drove in front of our hostel. Fully equipt even including a karaoke system, just incase we get nuts. 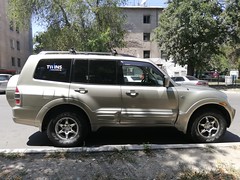 With a lenghte of 182 kilometre Issyk Kul is the biggest lake in Central Asia. It is different then most lake at hight. You’d think that a lake at 1600 meters above sea level is cold as f…! Instead, this lake nice and warm all year round. That’s why in winter it will never freeze.

Stuff you’ll find around the lake: 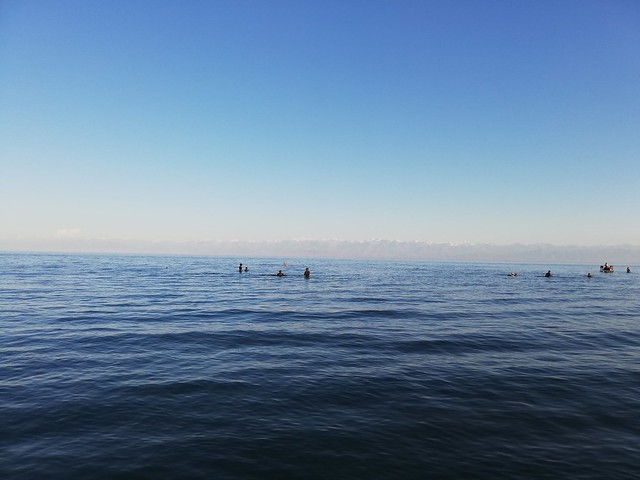 Breakfast at our guesthouse

After Issyk Kul we did a three day hike in the mountains. I already showed you a movie in my previous post
I have some nice photo’s coming up for you, but that we’ll be my next post. This is to long for your interest I’m sure.
Thanks for reading and see you later

Thank you for taking the time to read this. Feel free to leave a comment, resteem and upvote this post. It is highly appreciated.