Sunday and the alarm rings early in the morning, instant I remember it’s adventure time again. The day before we had a party and I did run a small part together with my runningmate his session of the coastlinemarathon. That was actually the start of our holiday but now time to pack and get on the road!? 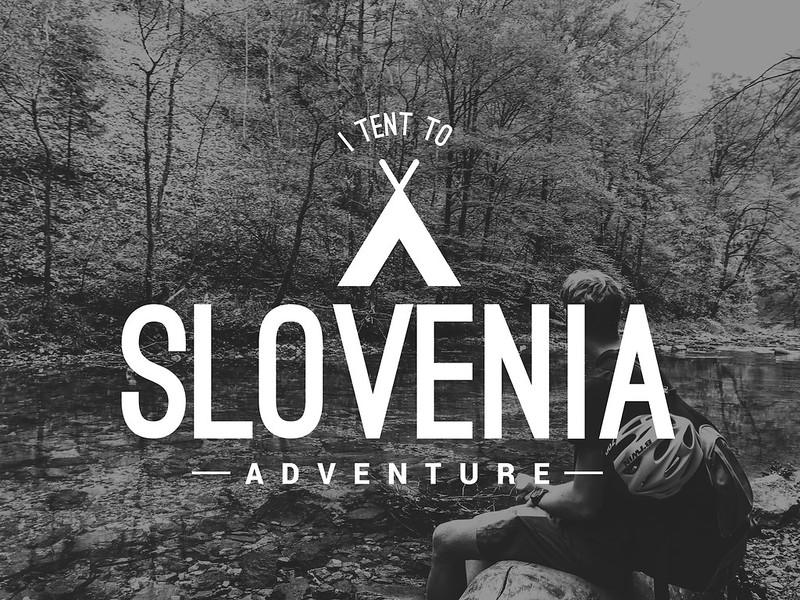 My girlfriend and I love the “Destination Unknown Roadtrips”, especially in autumn so we try to extend our summer a bit down south. This year started the same once we’re sitting in the car we start the weather app on my phone and check the map of Europe for some nice spots. First choice Aragon in Spain, second choice Florance in Italy. Compromise Croatia because we’ve never been there together or alone. Where did we end… around lake Bled in Slovenia.? The area is so beautiful we decided to stay here for a couple of days. Loving these trips ending in places you wouldn’t have thought about!

Our plan was to go to Croatia on route through Germany, Austria, Slovenia and finally Croatia. We thought Austria and Slovenia were both quick passages on the way to our destination. Austria we’ve been before we know it’s beautiful. There we passed the border to Slovenia. And we wouldn’t have seen this gem by daylight if we hadn’t so much traffic in Germany so we needed to stay just behind Munich on a campsite for the night.

Slovenia is a country I couldn’t form an image in my head how it would be. Driving along lake Bled. We noticed the church from a distance and decided to stay here for a few days. Why I hear you think that country has no surf…!? ? Because we could and we like the scenery. Oh and the country has some surf for sure! They have a coastline from approx 45km. I know the shortest from all the countries in Europe. But they even have a windsurfbrand called Flikkaboards. They are located in the capital city Ljubljana. Don’t know how they surf here but going to find out ?? 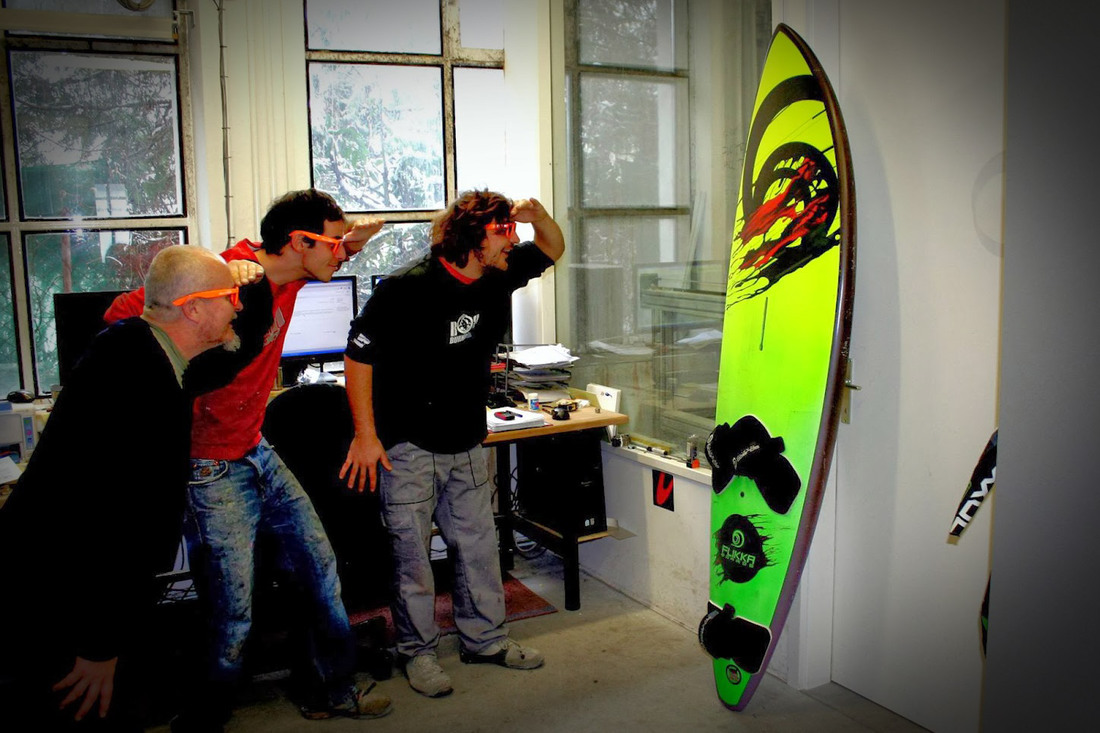 The lake from Bled is a beautiful scenery with a church on a small island in the lake surrounded by mountains (with autumn colors starting around this time of the year ?). These mountains are the Julian Alps and are asking to ride with my MTB! The scenery could have come straight from a fairytale.

We found a campsite right at the shore of the lake. We pitched our tent and left for a walk around the lake and do some sightseeing.

The walk itself around the lake is easy, they created a pathway around the whole lake, and you can walk (or bike etc.) around it in 1/1.5 hr. While doing this round, you will come through the village of Bled of course. The village is nothing special, only very touristic. During the walk we had different point of views at the church on the island and the castle high on its rock. But with no stunning lights the views get bored after a while.

During the walk we found some marked walking trails through the forests surrounding the lake. We decided we want to do some of them before sunrise.

The lake itself is filled with small non-motorized boats called Pletna’s, and of course some skiffs. Motorized boats aren’t allowed, but we did see them on the lake however during the evenings? Did you know the lake is well known by rowers. Bled did organize some World cups here in the past in the years 1966, 1979, 1989 and in 2011. During the walk you’ll also see some plaques with the Olympic medals Slovenia won. You can find these at the Olympic Rowing Centrum. People around lake Bled are sportive anyways, lot of people do their running at the shores of the lake or take their bikes out or take a refreshing dive in the lake.

Talking about swimming the water temperature is still fine for this time of the year (the stories tell that there is a hot spring somewhere underneath the lake). But nonetheless the availability of this hot spring during winter the lake does freeze anyway. Imagine this lake frozen, surrounding mountains covered by snow and people ice skating this lake. Wouldn’t it be an even better fairytale view?

The island in the lake also has its own story. The lake was created once long forgotten by fairies. The story tells that the area of the lake used to be a valley once full of luscious grass. The local shepherds brought their sheep to the valley during the day but at nightfall the fairies took over to use the soft grass as their dance floor. The fairies where afraid the sheep would eat all the grass, so they asked the shepherds if they could build a fence around the part they did use as their dancefloor. The shepherds didn’t build the fence, I think they refused. So the sheep could continue grazing the grasses till there was nothing left but bare earth. The fairies did seek their revenge and flooded the valley to create the lake with a small island left where the grass could grow and they could continue to dance at night. Since this Slovenia has one natural island. 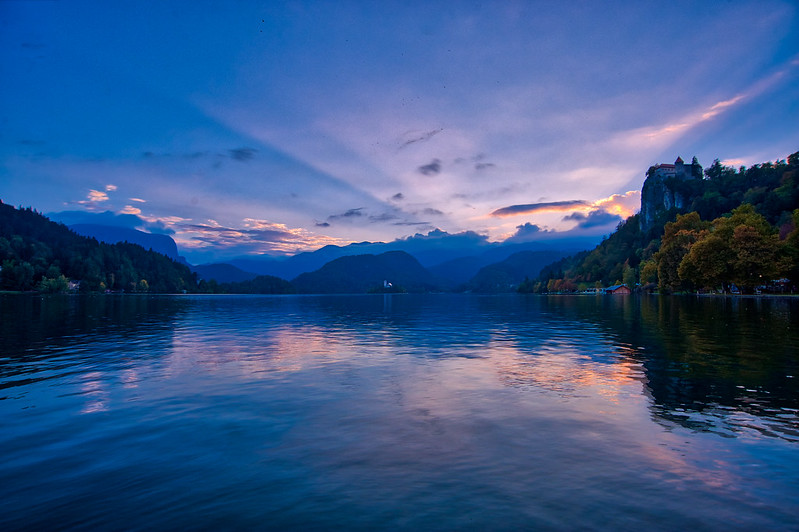 Today was a day we woke up early to catch a sunriser above lake Bled. To get a nice view from a higher angle we wandered through the forest to find some nice spots. Walking in the dark for sure isn’t easy? We found the famous instagram spot. It appears to be right on top of the rock next to our campsite ?. Wanaka throwback while we reached the top. Way to many people again for the same picture. I’m glad we took the detour wandering around while we didn’t see anybody, except the chamois we spotted gazing through the forest.

We climbed up different hilltops this morning

First view at lake bled we found. We watched here how the fog crawled through the hills surrounding lake Bled ?. 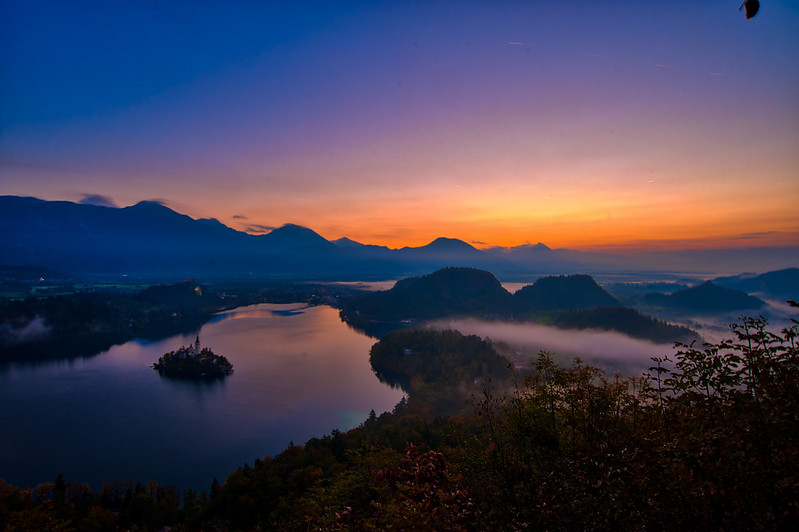 No spectacular views here but at this hill we spotted the chamois. There where six of them and as long as we kept some distance they weren’t even afraid.

Instagram famous view, and I must admit the view is nice but come on people so many hills surrounding lake Bled! There is only one bench for a few people?

After wandering we grabbed our bikes because we did hear about a gulch in the area with blue water flowing through and a waterfall. It’s called Vintgar Gorge. This place isn’t far from lake Bled but we took a de-tour to see something more from the area surrounding the lake. We found on our way to Vintgar another gorge we will explore on another day. 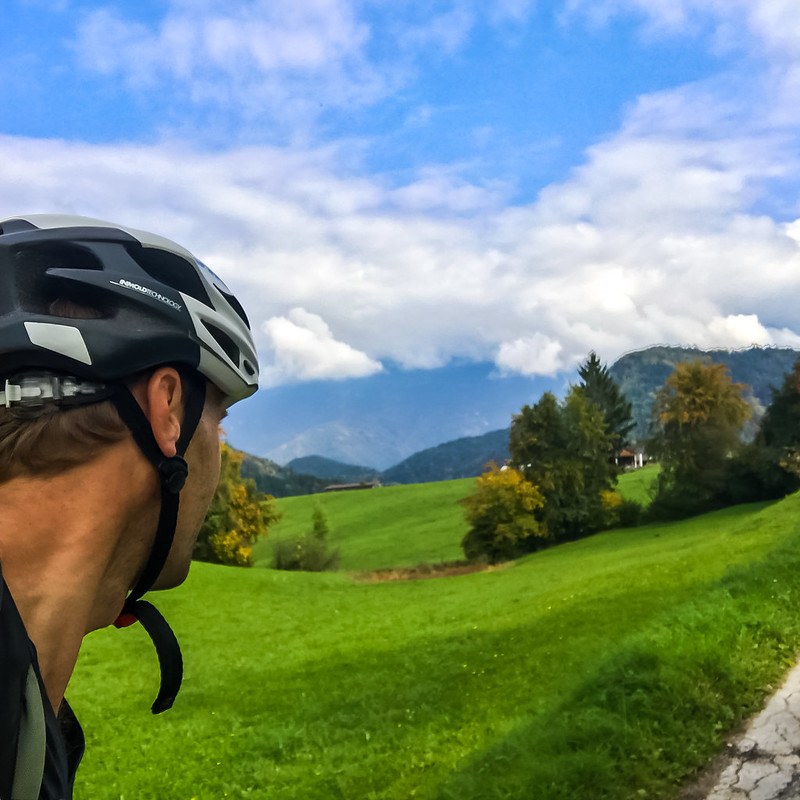 This Gorge originated because the river Radovna meandered through the Julian Alps. Here the river carved a gorge in between the steep slopes of Hom and Bort. We visited the 1.6km long part where the river meanders through high cliffs. At some parts these cliffs reach depths of 250m! Vintgar Gorge opened in 1893 for public it’s “doors”. This after the discovery of it in 1890 by the mayor Jakob Žumer and carthographer Benedikt Lergetporer. They both thought this hidden gem should be available for everyone. So they started by making it accessible for everyone. 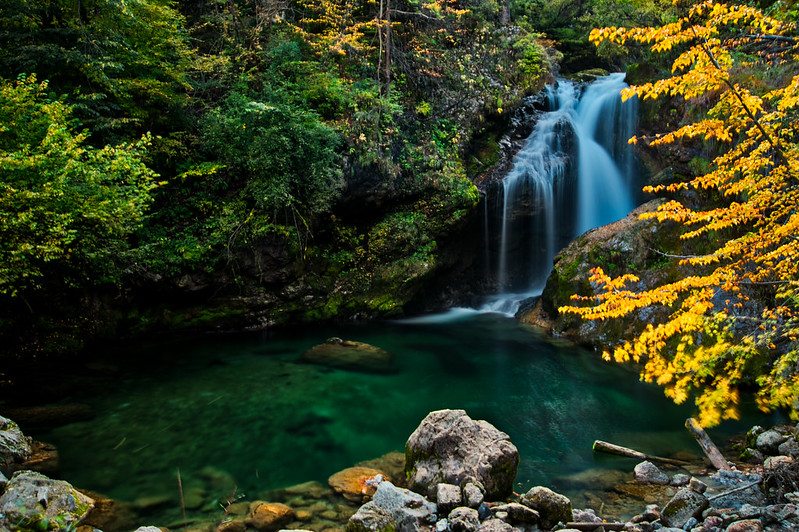 While most people will return the same way we decided to take the walk around. With the hope to see some more of the area. Bad luck for us only trees, trees and some more trees… no stunning views for this walk back to our bikes. But we started talking to a local who walked along with us. She gave us some tips to do non touristic things yeah! She mentioned a trail we will walk tomorrow and a viewing point over lake Bled and the surrounding hills.

More about these tips mentioned by the Slovenian lady in the next posts about this adventure. Hope you will like the story as much as I did like the trip itself!