Before reading this post you have to excuse my English. I’m currently writing this with a major hangover. But it was totally worth it and I will tell you why.

Every year at the last weekend of June we celebrate.. Well I don’t know what we celebrate, but it’s a party with lots of music and beer. In order to make it more fun as it already is. Seven colleagues and I have a small ‘beer en route’. Which bassicaly means that we drink a beer a someone’s house, have a good laugh by telling stupid stories.

Since this post is about beer I want to show you the beers we had. We try to serve drinks we don’t know or good beers which aren’t very common.

Starting with the first beer we try to plan our route from light to strong beers. 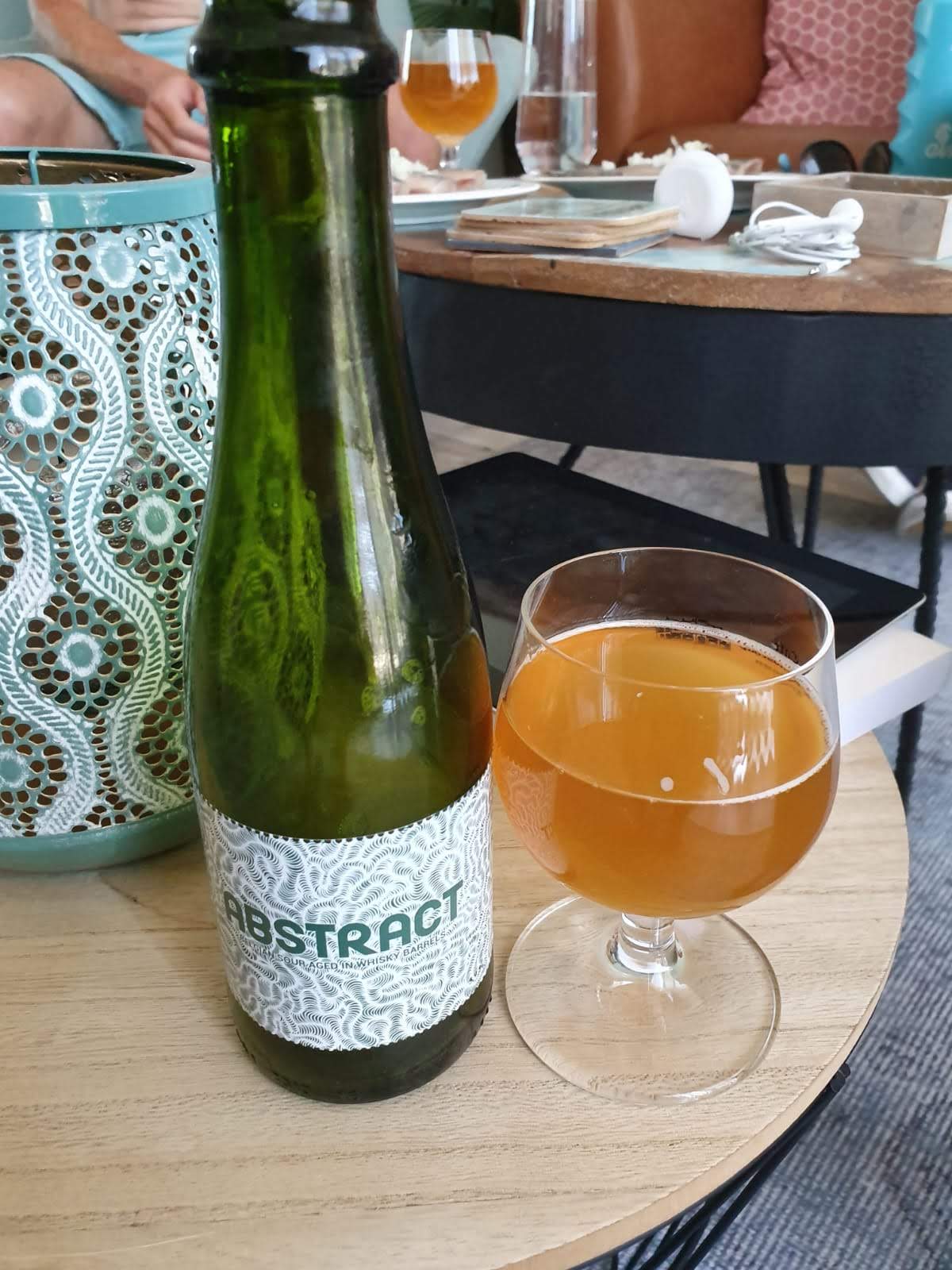 Number 2: Ofjehoplust (meaning: Do you like the taste of hop?)

Alcohol: 6.5%
A Dutch beer with a strong hop flavour. Again this beer is light and very bitter.
Dboontje score: 2,5/5 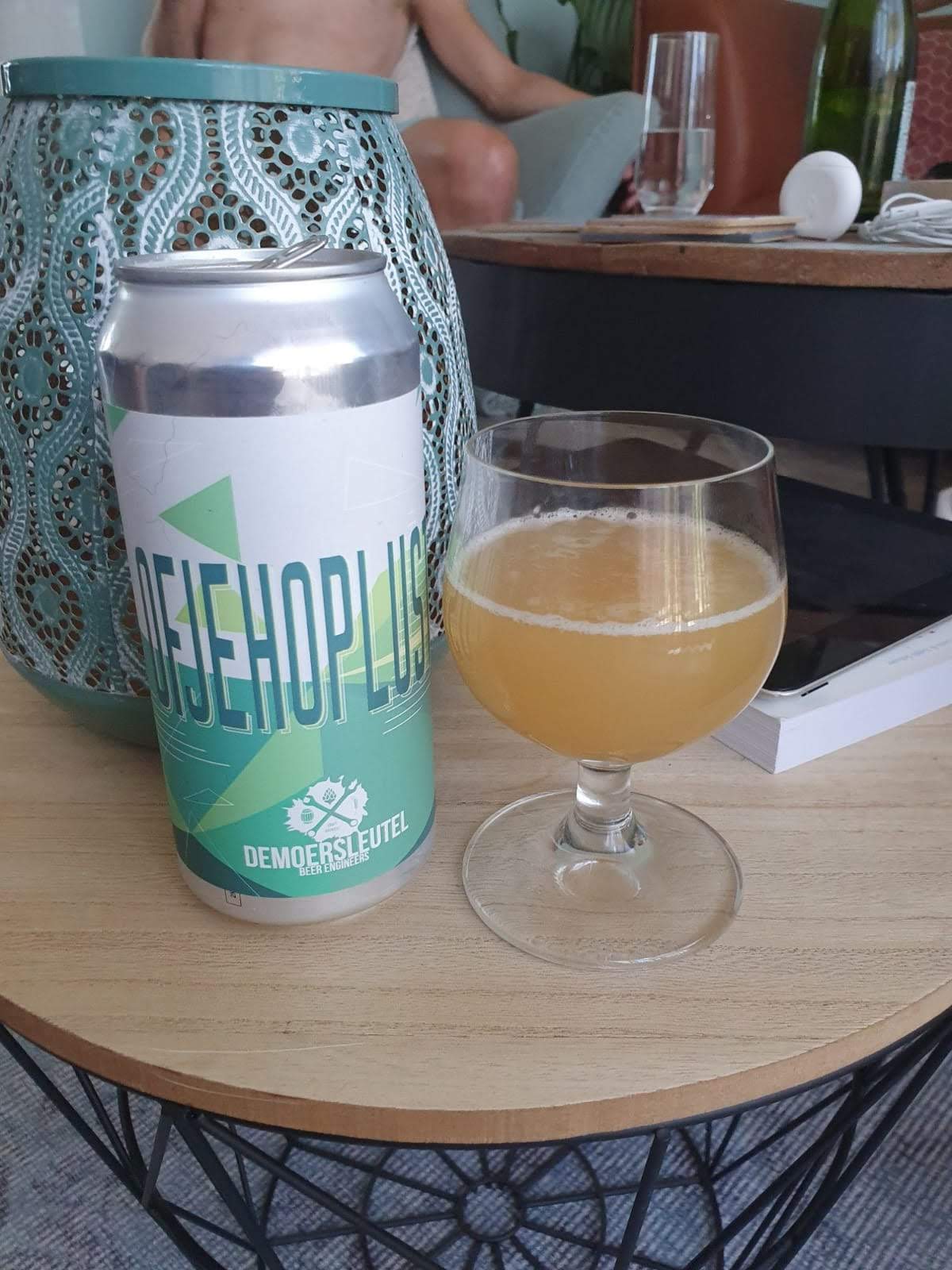 Alcohol: 7.0%
A Belgium beer and incredibly sour. I did like it though. The sourness was heavy but that gave the fruity flavour an extra touch.
Dboontje score: 3/5 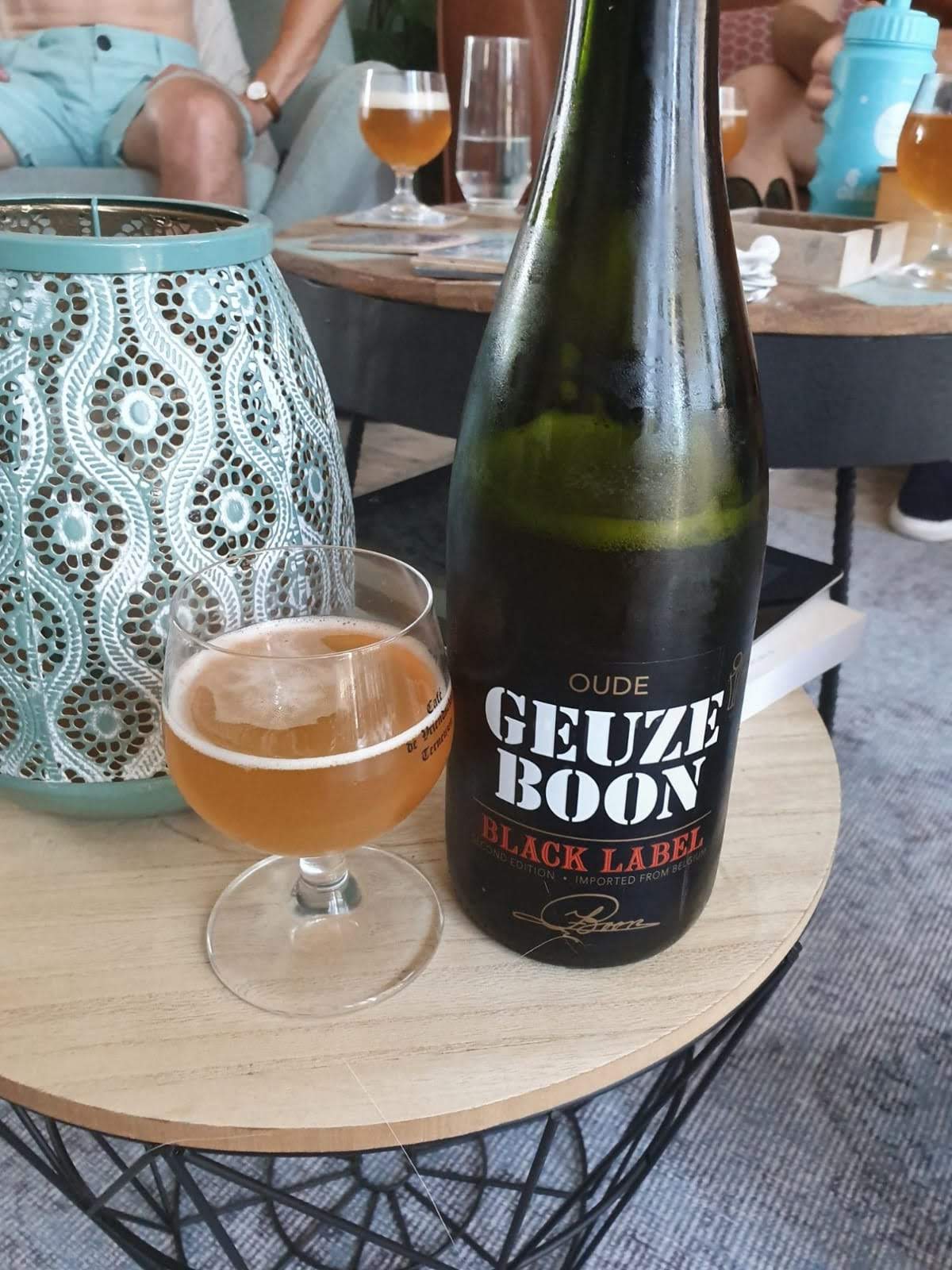 Alcohol: 6.5%
A Dutch beer that is an easy drink. This had to be one of my favorites because it is so gentle.
Dboontje score: 4/5 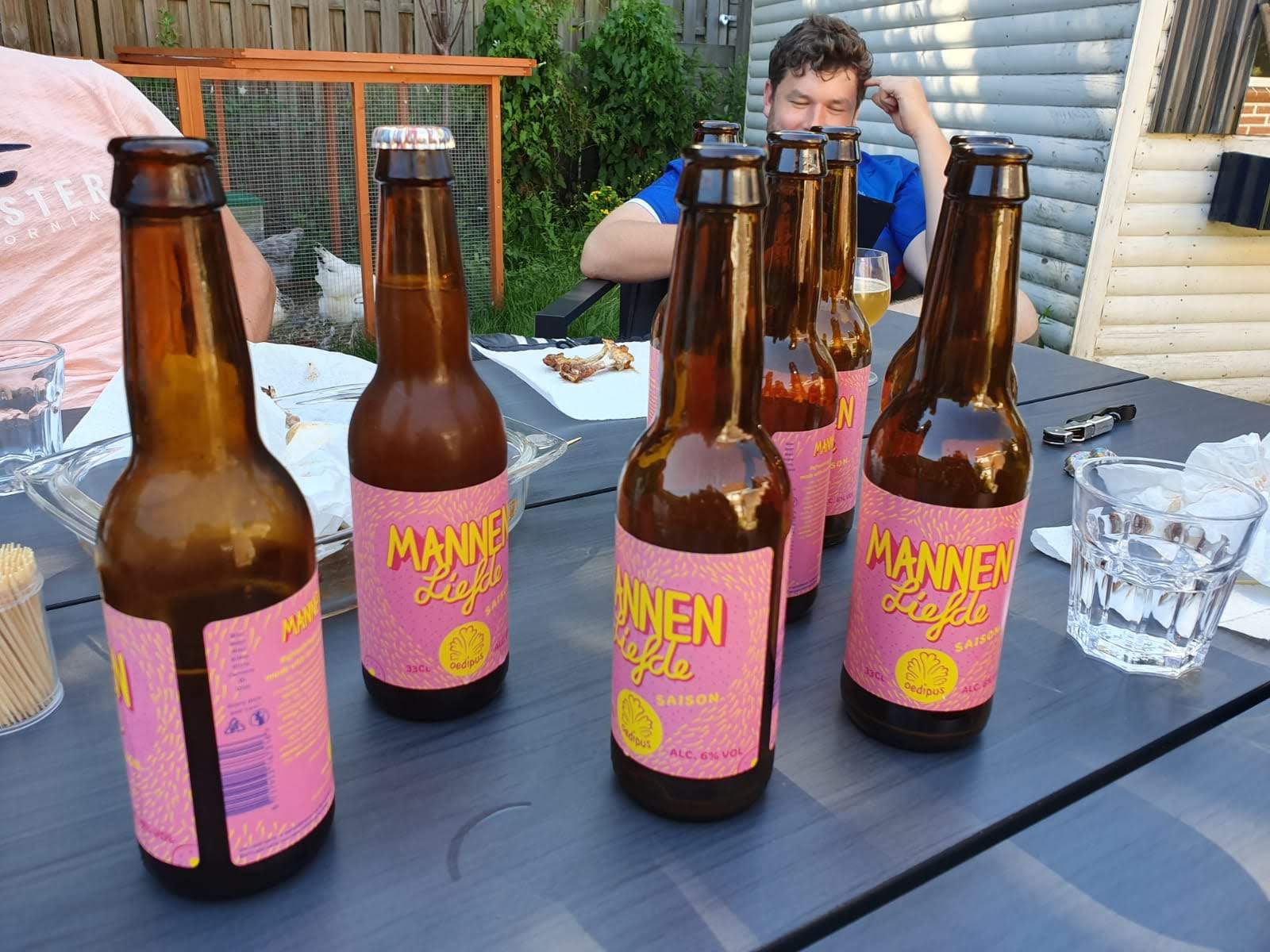 Alcohol: 7.5%
Back to Belgium with the beer that I served yesterday. It was a bit of a gamble because I didn’t know it myself. The store owner recommended this beer to be a perfect beer before getting the stronger beers. It is a strong blond beer and has a extra ferment in the bottle.
Dboontje score: 3/5 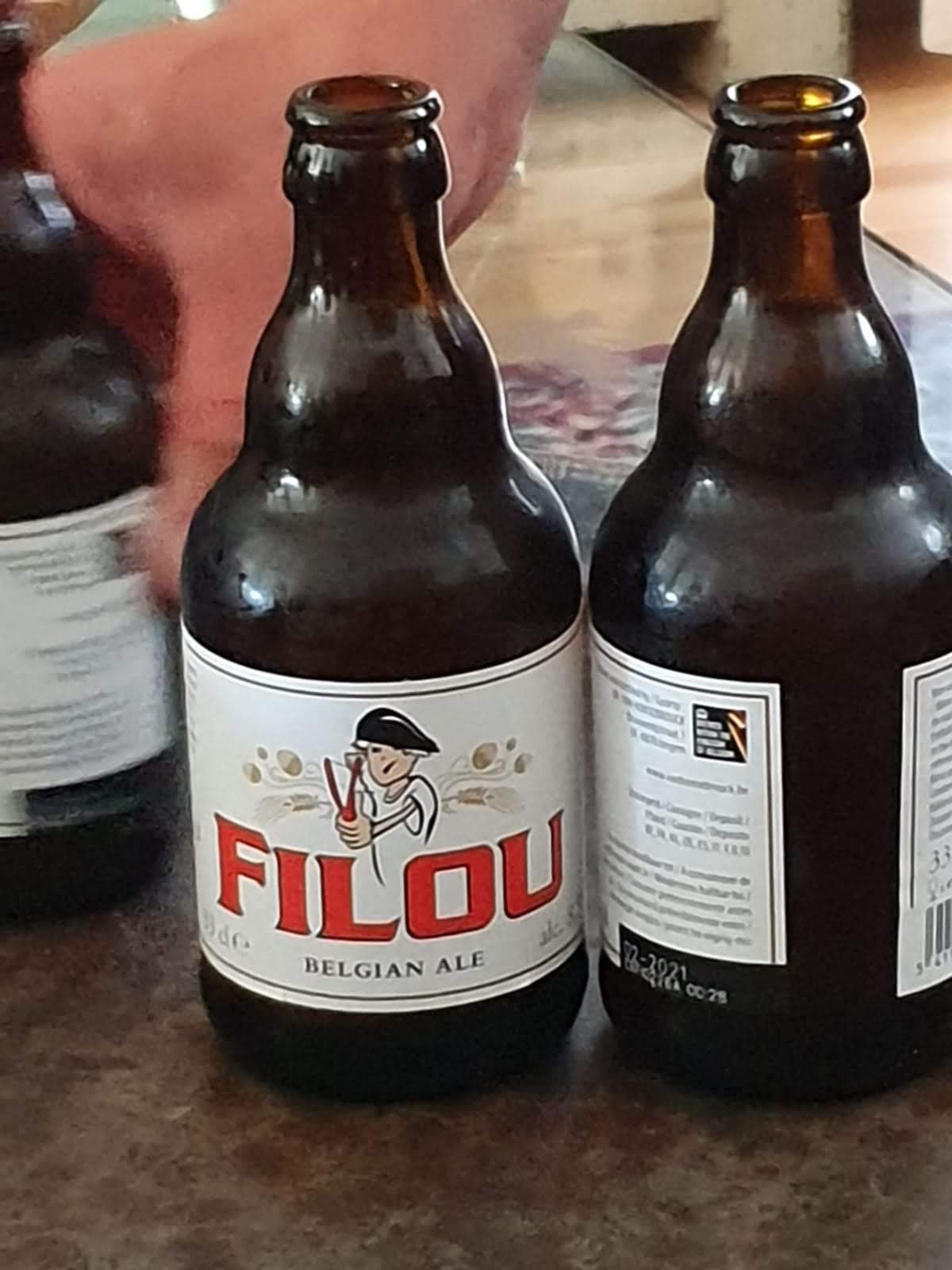 Alcohol: 6.5%
Visiting Italy with this beer. Which was the best beer that night. First of all, it is a trappist and a special edition. It is the only trappist out of Italy and the taste is described as: a touch of fruit and special dry hopping technique.
Dboontje score: 5/5 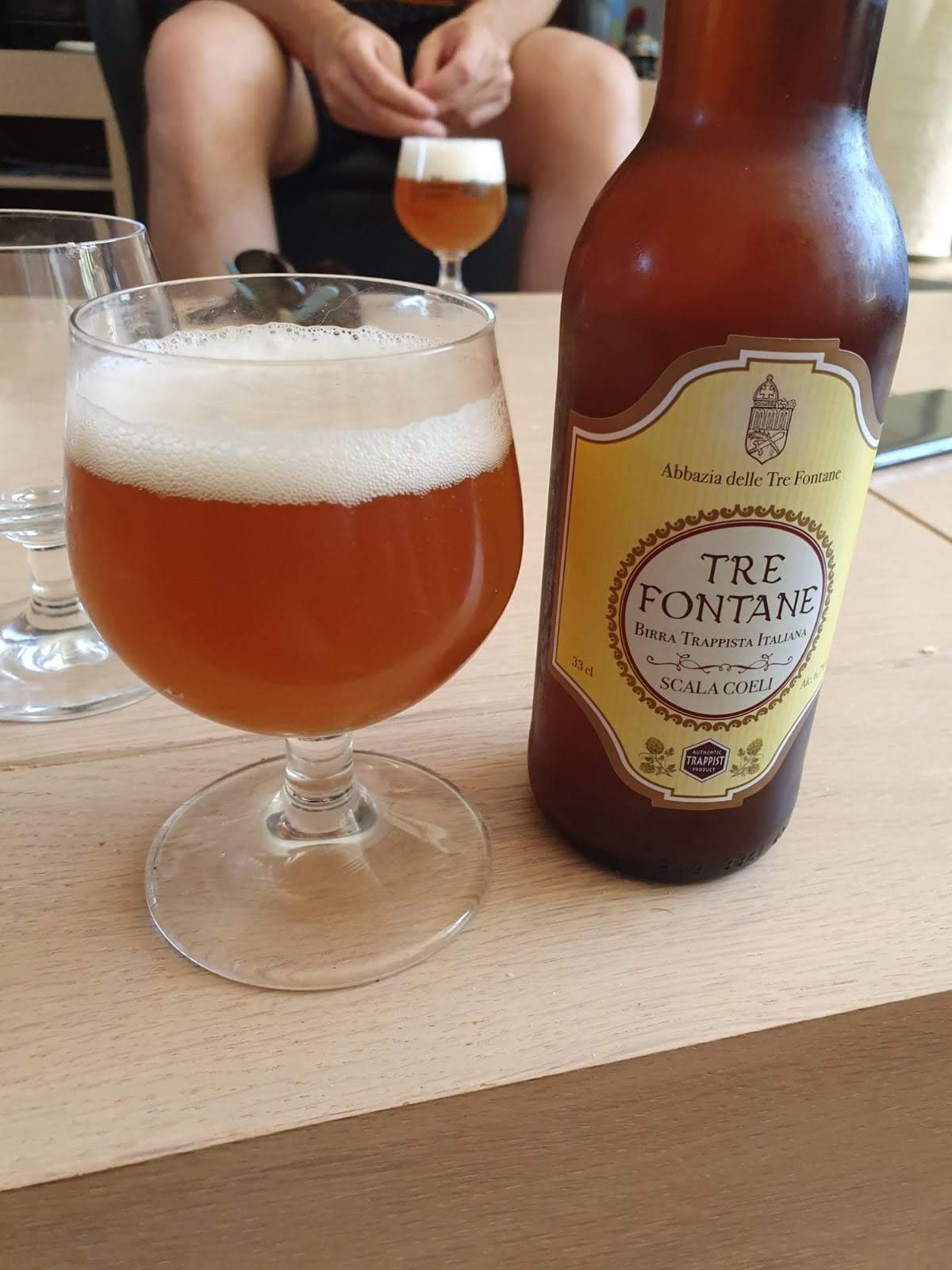 Alcohol: 9%
No picture of this one (I was a bit more then tipsy after the last beer)
Didn’t like this beer a lot. With 34 degrees celsius this darker beer didn’t compete to my taste.
Dboontje score: 2/5

Alcohol: 11.5%
Again not one of my favorites. I was appaered to very drunk and maybe my opinion doesn’t matter anymore. Anyhow, this very dark beer is also held on whiskey barrels and makes it very sweet. I give this beer 2 out of 5 if you drink this beer with spareribs as we did. Otherwise:
Dboontje score: 1/5

So this was our day yesterday.
For now SOFA and FORUMULA 1 time! Hoping not to move a lot today.

Thank you for taking the time to read this. Feel free to leave a comment, resteem and upvote this post. It is highly appreciated.