Today I would like to contribute to the #seaphotography contest organised by @marc-allaria! 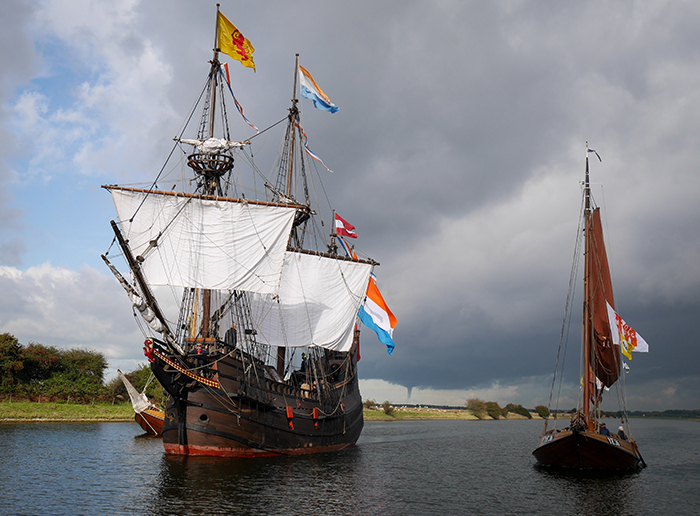 We were very lucky with the oppertunity to sail with these beautifull ancient boats to the historical city of Middelburg. The canal its sailing through is ‘Het kanaal door Walcheren’. The canal connects ‘Het Veerse Meer’ from the amazing place Veere, through Middelburg, to the ‘Westerschelde’ at Vlissingen.

In the past Middelburg was connected to the sea through a river. Middelburg was one of the city’s where the VOC was placed. In Middelburg many boats have been made, and the boat on the picture is one of them (allthough this was a remade so i’ve been told…). Middelburg was the second most important city of The Netherlands during the VOC time. This history is still recognisable in the centre of Middelburg!

The part that makes this photo unique is the waterspout in the background, how amazing is that?!